Who remembers Kay Lasker from Philadelphia, and her protocols for computerized multiple-needle galvanic? She was a colorful character, a brilliant woman with a mad-scientist personality that re-imagined what electrologists should be doing in the quest for a scientific approach to the profession. Kay introduced a “patient” charting system and sold the necessary tools to track the reduction in hair diameter and density that allowed any electrologist to prove scientifically, with data, within their own practice, that electrolysis can remove hair permanently. As far back as 1982, Kay was an advocate of hospital grade sterilization and was one if not the first person to push the use of ultrasonic cleaners, power conditioners, and autoclaves for electrologists. She also designed and manufactured her own computerized multiple-needle galvanic epilator that elevated the technology to levels hitherto unknown. In addition, she manufactured a two-piece copper needle called Flexi that was slightly longer than the competition. It was wonderful. Her claim was that no manufacturer made needles quite long enough and she measured it, down to the millimeter. I don’t think Kay got the credit she deserved. When she closed up shop, everything vanished with her, It’s a real shame.

I heard about Kay Lasker from one of my electrologists that trained with her. Multiple Needle Galvanic is part of history now. I tried Multiple Needle treatments with Gentronics machine.

I had a Fischer CP-16, the Gentronics (analog and digital) and Kay’s machine. MNG machines are no longer being manufactured. There are times when I wish I still owned one. I still regret the day I sold Kay’s machine. What was I thinking?

I am in the process of purchasing a digital gentronics multi-needle machine. I am so excited. I got to play around with multi needle only a tiny bit during my schooling but I was fascinated.

Any tips and tricks are totally welcomed if you would love to share!

Skin Deep Inc was founded in 1982, and was located at 1926 Cottman Ave in Philadelphia. She used to own [skindeepinc dot com], but I think it’s owned by someone else now. For those interested, I believe she hosts a local community radio show: 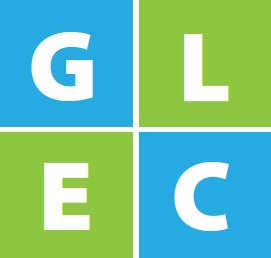 Hi Neighbor…Have You Heard? (Thurs 2 pm, Sat 12 pm)
Local host, entrepreneur and videographer Kay Lasker, produces this series of interviews and commentary to explore current topics of importance to our community, such as Single-Payer Healthcare with former Health Commissioner Dr. Walter Tsou, Gun Violence with the leader of CeaseFire Pennsylvania and Gerrymandering with the leader of Fair Districts, PA.

I still have her textbook manual and even have a couple of her copper wire 2 piece needles. They are very fine and long but I just keep them around for the memories. Yes, Kay Lasker, company Skin Deep, was a lovely woman. I hope she was not too disheartened as she lost her audience as thermolysis “super flash” gained in popularity. Her electrolysis school closed, then Jim Jensen of Gentronics retired his business. These two MPG manufacturers no longer had new product on the market… so it died out… for the most part. Recently, I have encountered more prospective clients who have been seeking out galvanic treatments. These are male hair transplant clients who want the transplants removed. The transplants are 5mm deep and inserted in groups of 2 or 3 hairs that grow in all sorts of directions. These men are indicating that the work is being done overseas and local doctors are telling them that they can get them surgically removed and perhaps get scars or go for electrolysis. I tried thermolysis and then blend but the timing and currents are so long and high that I decided to administer MPG and these hairs just slide out. Whatever happened to Kay Lasker, I apologize for the error, thinking she passed away, I thought she did more than a decade ago.

I think that Texas supply sells enough materials for you to build a MPG epilator.

I assumed Kay’s business was fading when she added tattooing and tattoo supplies. Kay’s machine was the best of the best. I owned one and sold it four years ago. It was one of the most foolish mistakes I have ever made. I don’t think we have seen the end of multiple-needle galvanic electrolysis. Aside from Kay’s machine, the technology is not complex, in fact you don’t even need a machine, just a battery, milliamp meter, rheostat, wired together in a circuit with a hand-held electrode. You would have to manually time the insertions, based on hair release, but it would work. I have the upper portion of an eight-channel stainless steel needle rack from the 1930’s, a Hoffman machine, with the original cloth cords and little metal weights. It’s designed for F-shank probes. It’s in wonderful condition. Just a few minutes ago I worked out a way to mount it and suspend it over the client for facial work. It pivots in all directions. I have decided to build it. I’ll let you know how it goes.

That sounds so exciting. I would be honored to know you and see how your project develops.

I will report my progress here.

I have a programmer friend in Tuscaloosa working on a prototype needle-rack (sixteen channel) using high-resolution photos of the Gentronics unit as a guide. He has a 3D printer to make it happen. The needle-rack will be mounted on a goose neck attached to a microphone stand. Now I have to find the right cable, a galvanometer, a rheostat, an industrial grade (for aesthetics only) toggle switch, and decide on a power source. Banana jacks and plugs are readily available, so no problems there. The system will be entirely electrical. The only computer will be the human brain. I’ll post a photo of the prototype as soon as I receive it.

Sounds exciting. Years back, when Gentronics closed shop, I asked Jim for a schematic but the request went ignored and alas, I didn’t get one. It becomes so annoying when our suppliers close up shop ands leave us to find our own way. Bravo to you!

Back in the 1980s, I sent Marge Smith of Clareblend my idea of an all in one epilator that would do everything including multiple-needle galvanic. She did nothing with it and threw the diagrams in the trash. I know this because Jim of Gentronics was caught going through her trash, and a very close approximation of the epilator I designed showed up as the MC-160. Funny how things work out like that.

Wow. Well, I did get the MC 160 and it caused me grief as it was not working well for me so I ended up getting the blend and thermolysis separate from the MPG. Thank god the MC 150 works but the blend/thermolysis epilator is dead. I really like those epilators that I have used over the years that had the 2 separate foot pedal controls for thermolysis and galvanic as I was able to treat each and every follicle independently with its own specific timing.

I know there is still a market for these and other classic epilators. I recently saw an MC-160 selling for $5000. Hinkel epilators are snatched up as soon as they appear on eBay.