Electrolysis second session: skin reaction is scaring me a bit

After many sessions of laser, i recently started electrolysis to get rip of leftover facial hair (mostly around the lips).

I had my first session (full clearing) 2 months ago and it went flawlessly. 90% of the redness / swollenness was gone after 48 hours.

I went again last week with no fear whatsoever since i was started to have quite a bit of (normal) regrowth.

The doctor that worked on me last time wasn’t available and i was with another specialist.

It hurt WAY WAY more than with the first doctor and i could feel the hair often being plucked (i never felt that the first time).

When i left, i had some yellow-ish liquid coming on some places.
This is what it looked like after 48 hours. 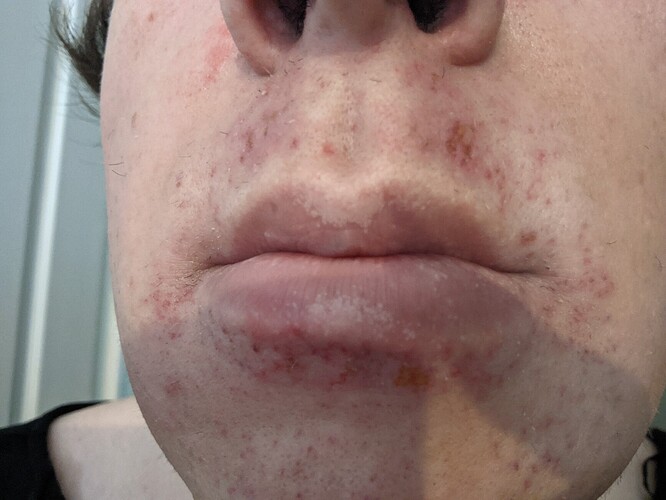 I asked why i had such a different result from last time and was told it’s normal, it’s because this time, “pulse was given more superficially”.

I’m not a specialist, maybe they are 100% correct but it’s my face and i only have one so i’d love to get some external feedback there.

Thanking you in advance !

Good evening,
Apologies for bumping up my own thread but i’m having an extremely hard time functioning ever since that day.
I have always hated my facial hair to the point of having no social life whatsoever.

I was finally feeling better ever since i started laser and this thing has me back on anxiety meds just to cope with daily life :’( .

This is getting somewhat better but i now have several “holes” under my lip & lots of V shape tranches (scars ? ) on my upper lip.

This is still also painful, i keep having sensation of needles on my skin.

Could somebody give me some advice and reassurance, please ?

This is getting somewhat better but i now have several “holes” under my lip & lots of V shape tranches (scars ? ) on my upper lip.

Apologies Flo, we seemed to have missed this wheen it was posted. I dont like this much reaction. As well the leaking of yellow fluid is indicative of overtreatment. I would avoid that electrologist in the future. . Course beard hairs can be quite challenging and take a lot of energy to release properly, but good electrologist achieves a balance that does not give results like this.

You should give your skin a month or two a break to heal. What products are you using currently for your skin? Since it’s summer time you should definitely be using SPF30 mineral sunscreen to protect your healing skin. Don’t panic too much. Whatever you feel is a scar may not be a scar and will go away after your skin heals completely.

Thank you very much for getting back to me. @Iluv2zap & @fenix

It is already much “better” . 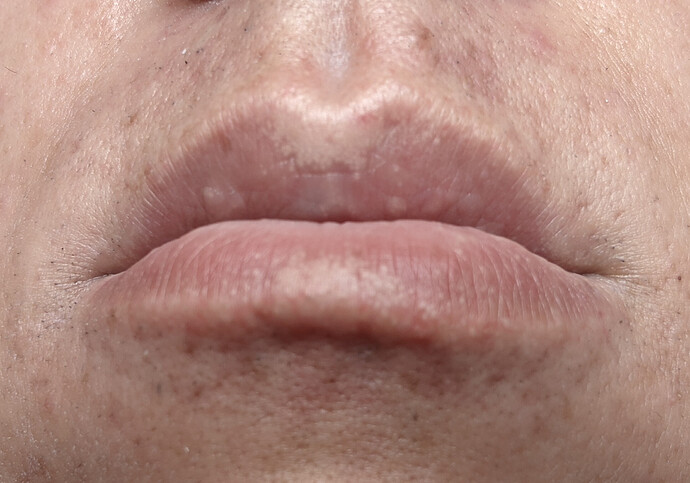 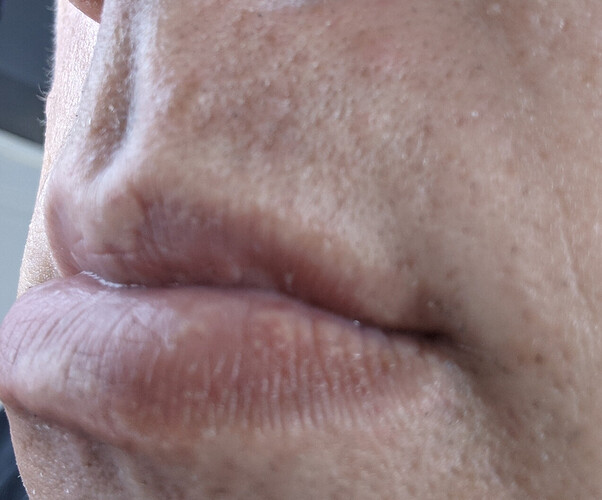 I feel like what is terrifying me the most is having to deal with so much issues so early in the process.

I have had gender dysphoria for so long i NEED to have this facial hair gone. I have not been living so far, barely surviving.

So, i do need to find a new practician… but it’s so complicated, most have so few reviews.
I enquired about someone else who “seems nice enough” in Belgium but I’m now terrified anyone I’m going to see might make this worse.

I was finally feeling so upbeat after my first electrolysis session for the first time in my life. No shadow, almost perfect skin for about 45 days.
This second session crushed me completely and sent me back to hating myself for my stupid choice of letting that unknown person work on my face. 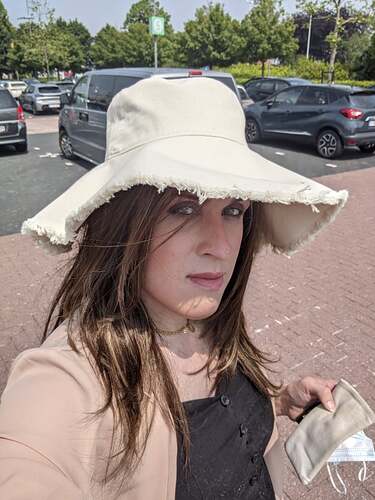 I know i am probably overreacting but i feel like i can never look good again now.

About what i am using right now, well, since i haven’t found an appointment with a specialist before august, i’m using Avène Cicalfate repairing protective cream (a lot of it at night).

Some LaRoche Posey Cicaplast Baume B5 in the morning and some aloe repairing cream during the day again at work.

I have not been wearing sunscreen but barely been out ever since it happened and always with a mask the few times so i think it’s ok.

How long do i need to wait before i can use makeup again safely ? It’s been 3 weeks already.
It it improves my chance of recovery, i can probably forego makeup & getting out in the sun for august as well.

Would anyone here have recomandations for good electrolys practician in europe ? (France, Belgium, Netherlands, Germany, UK, Ireland … I do move a lot between those countries in normal times so i do not mind having a long drive / cheap flight to get there if i can have a trustworthily practician).

Dr Beate Ritzert in Manheim germany is excellent if she’s close. I think you’ll feel very comfortable with her…
Have faith, it will all get better.

Thank you very, i will be contacting her right now in order to schedule something.

I’m not one to usually give bad reviews to people but in that case just in case someone finds my topic while looking for electrolysis, i feel like i should warn them that this all happened at 2pass clinic in Antwerp.

They also never answered my panicked email a week ago when i fell it was not healing normally.

Also, i think i do understand it is quite possible for that mess to leave my with scars (see my last pictures).

If that does happen, is there anything doable to alleviate them?

This thing is still causing me anxiaty.

What you are saying makes perfect sense. Please do leave your review up, I will see what I can do to sticky it.
Unfortunately this is not an unfamiliar customer response from the 2pass clinic. I’ve seen and heard similar reports, with similar non response from the clinic to their customers. If it were me, honestly, I wouldnt recommend this clinic. I will say that your results are NO WHERE NEAR as bad as the last pictures I saw out of there , but I realize that is little comfort. You can and should avoid them given their quality of work displayed to you.

Thank you Seana again for the support. It does actually help somewhat to hear it’s not my fault and it “could have been worse”.

I think the fact that i did so much laser before going might have “saved” me then.

I didn’t have that much hair left so that “limited” the damage they could do.

If someone got the same treatment i had but with a clearing of FULL never reduced facial hair, i can imagine the whole thing being way worse indeed since they offer day long electrolysis session.

One month of healing!

Not out of the woods yet but it’s going in the right direction.
It keeps slowly improving every day.

Still, does anyone know if that is normal that my skin still feel very “tight” (not sure if that is the correct english word there).

tina reuther and isabelle feix in munich/gilching my recommendation.